The 2017 BEDSAs campaign that we ran significantly outperformed that of the previous year in many ways. This has had direct impact and created a legacy for the brand and everyone involved in the awards. 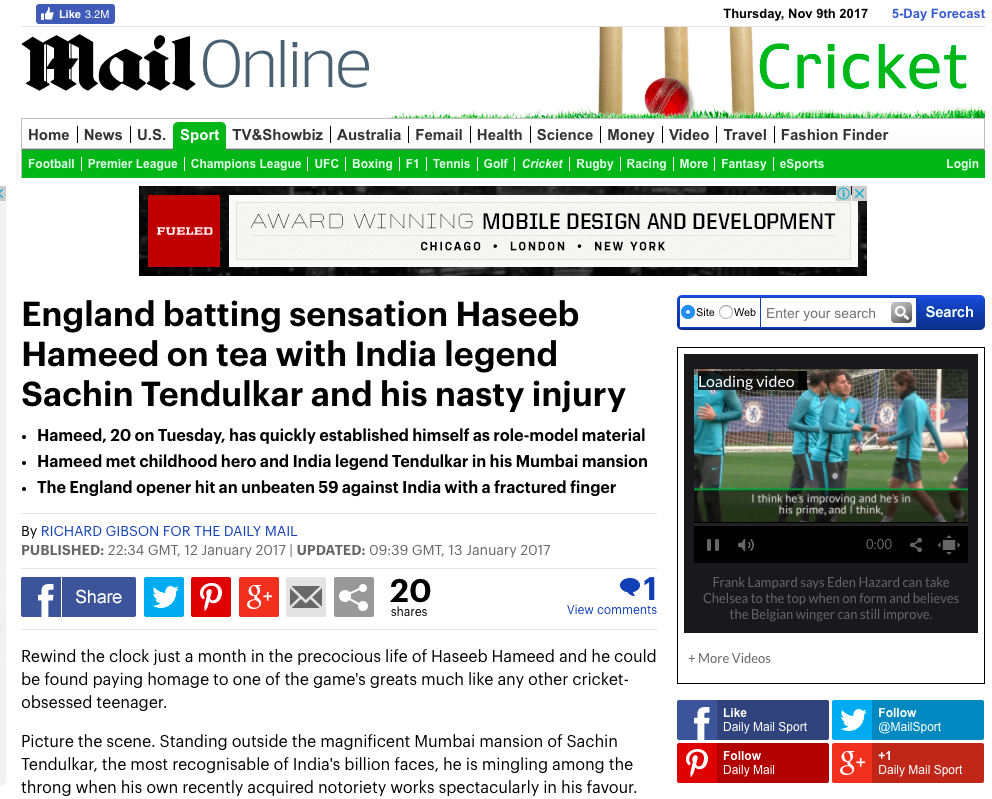 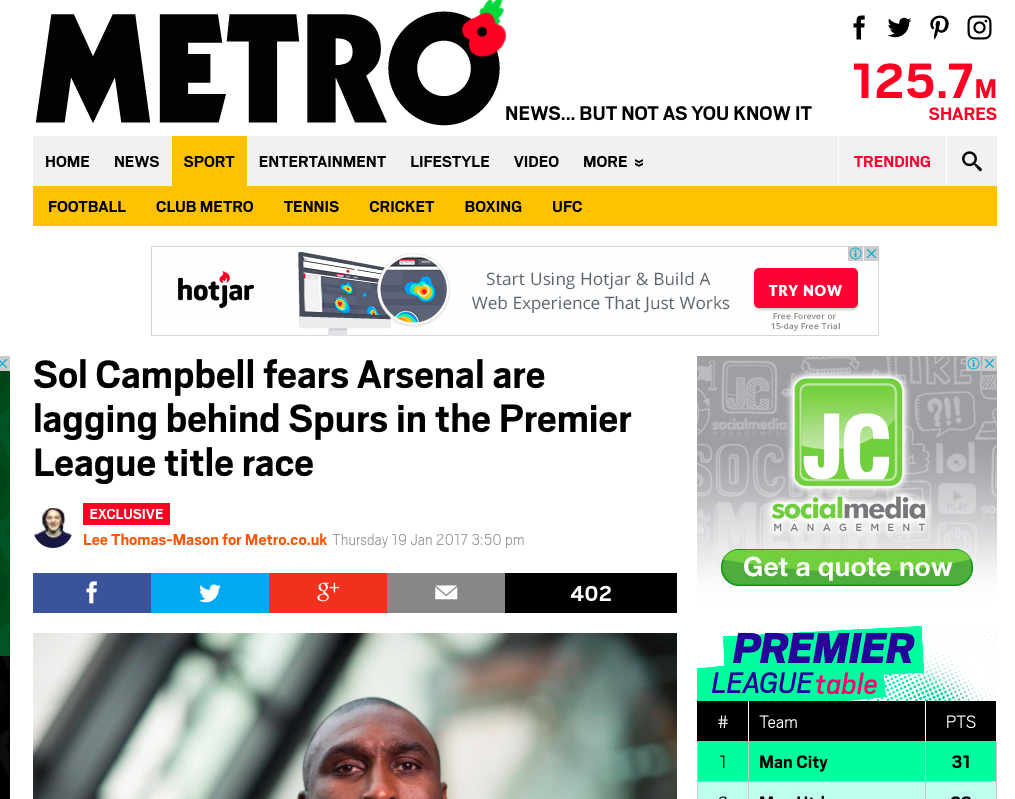 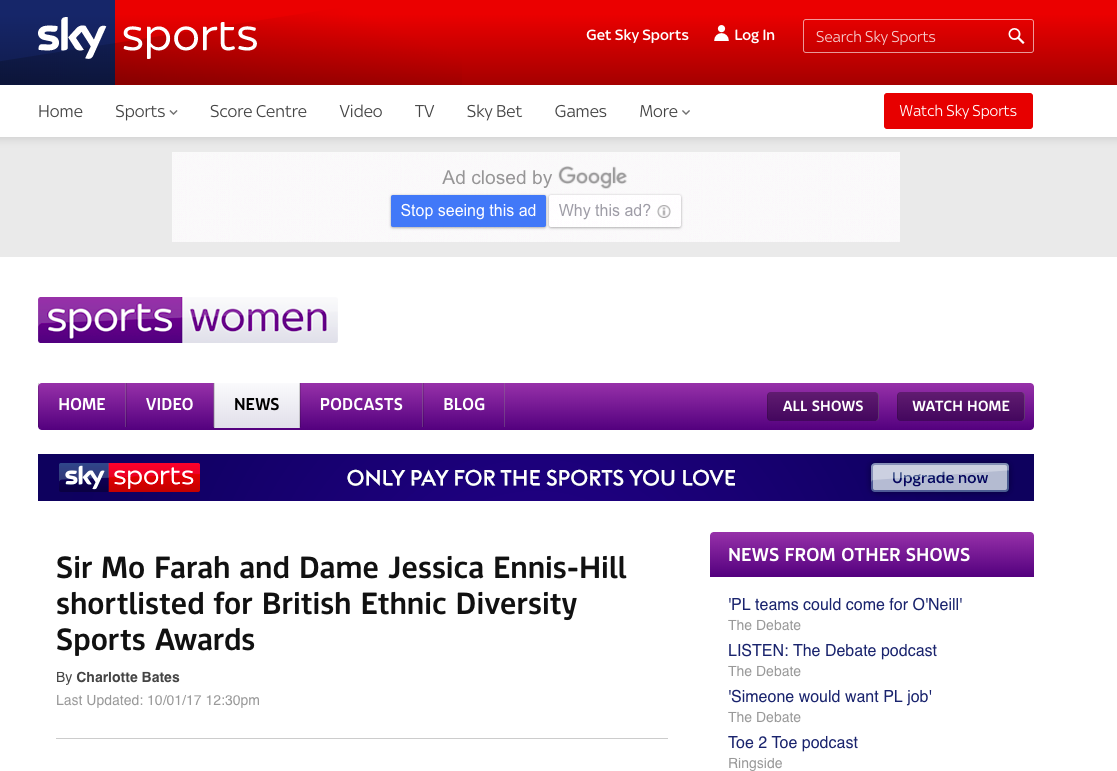 PR VALUE: £14,000, PR IMPRESSIONS: 1,610,000 "Hameed, 20 on Tuesday, has quickly established himself as role-model material for English cricket and beyond. This week he was nominated for the Young Sportsperson of the Year Award at the Lycamobile British Ethnic Diversity Sports Awards." (Link)

Within the four-month campaign we generated 45,476 Twitter profile visits, 1700 retweets and over 3000 likes and replies. Furthermore, our top performing tweet generated 4,600 engagements and over 1100 Twitter accounts used the event hashtag of #BEDSA2017. The Facebook page tripled in 'likes' and we received over 15,000 engagements with an audience reach of 590,000. The total number of Facebook impressions exceeded 750,000, over four times that of the previous year's awards. Our Instagram posts and user-generated content reached a minimum of 11,200,000 people. 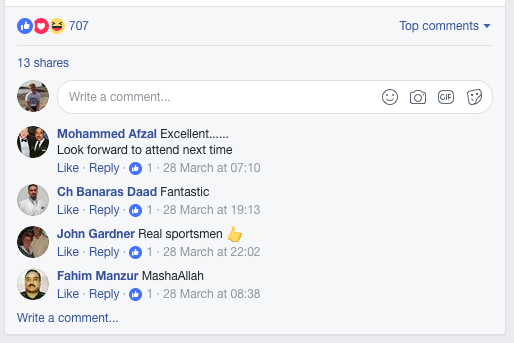 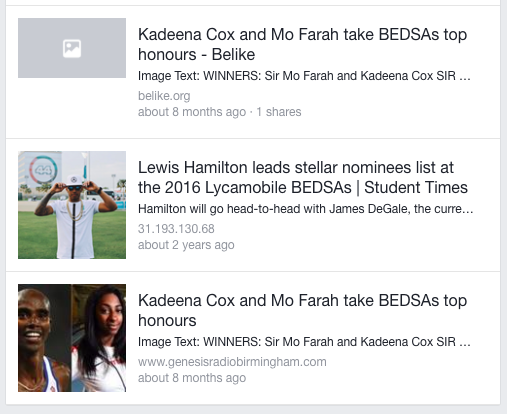 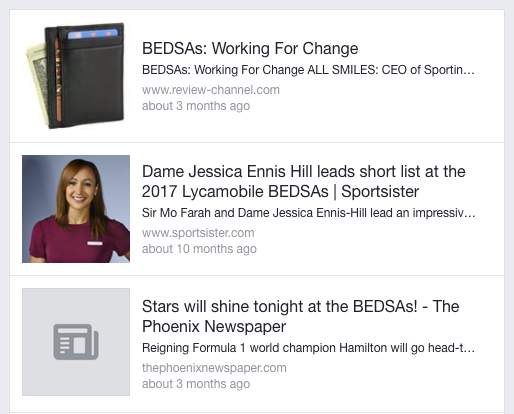 Facebook news stories appearing when searching include the Kadeena Cox and Mo Farah coverage and Lewis Hamilton as headliner of nominee list.

Facebook news stories appearing when searching include the Working For Change Group, Jessica Ennis Hill and the Phoenix Newspaper coverage.

Press coverage
- Across a variety of sources -

By researching and approaching journalists and using our skills in social media research and engagement, we secured over 62 million press impressions, including coverage from Sky Sports, the Metro, the Telegraph and BBC News’ homepage. The equivalent media value was approximately £536,000, across 72 press pieces, 25 of which were published after the awards.

The top three pieces were:

And the BBC News homepage: 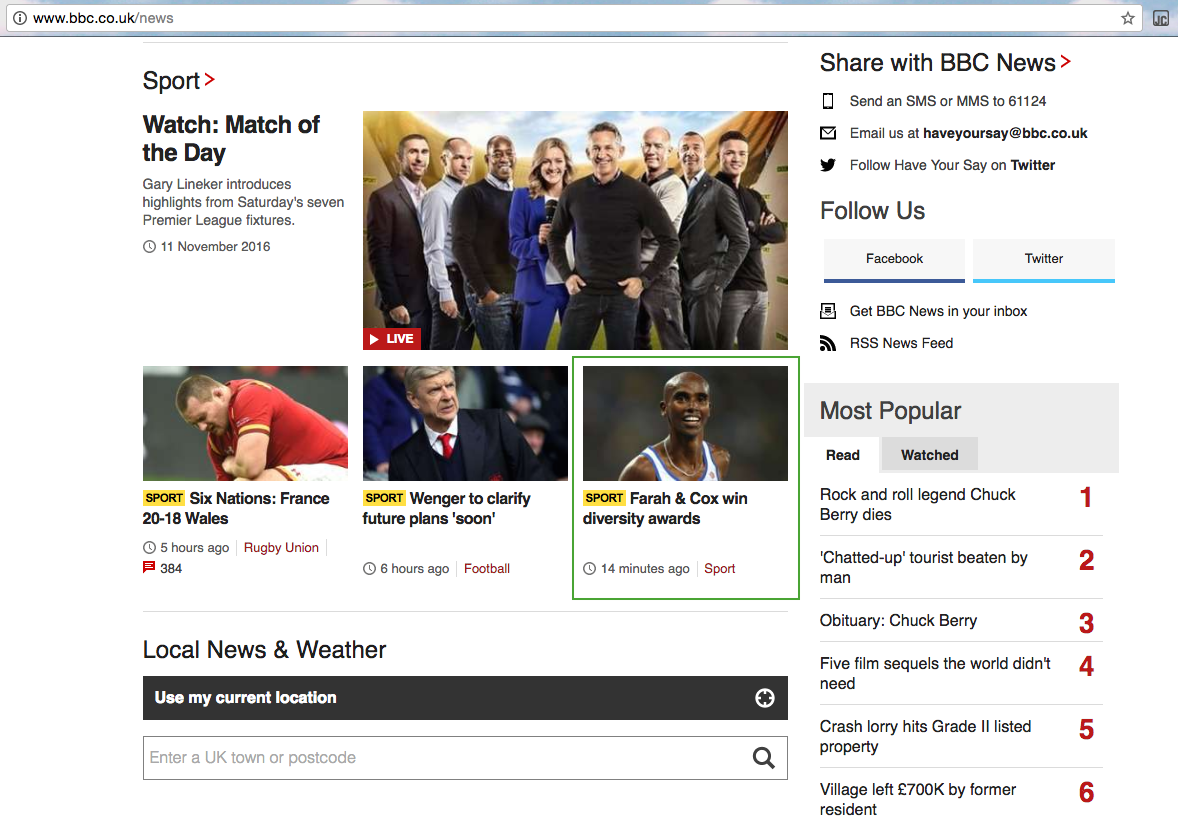 We appeared on the BBC News homepage the morning after the awards.

Other coverage of note included:

PR VALUE: £14,000, PR IMPRESSIONS: 1,610,000 "Hameed, 20 on Tuesday, has quickly established himself as role-model material for English cricket and beyond. This week he was nominated for the Young Sportsperson of the Year Award at the Lycamobile British Ethnic Diversity Sports Awards." 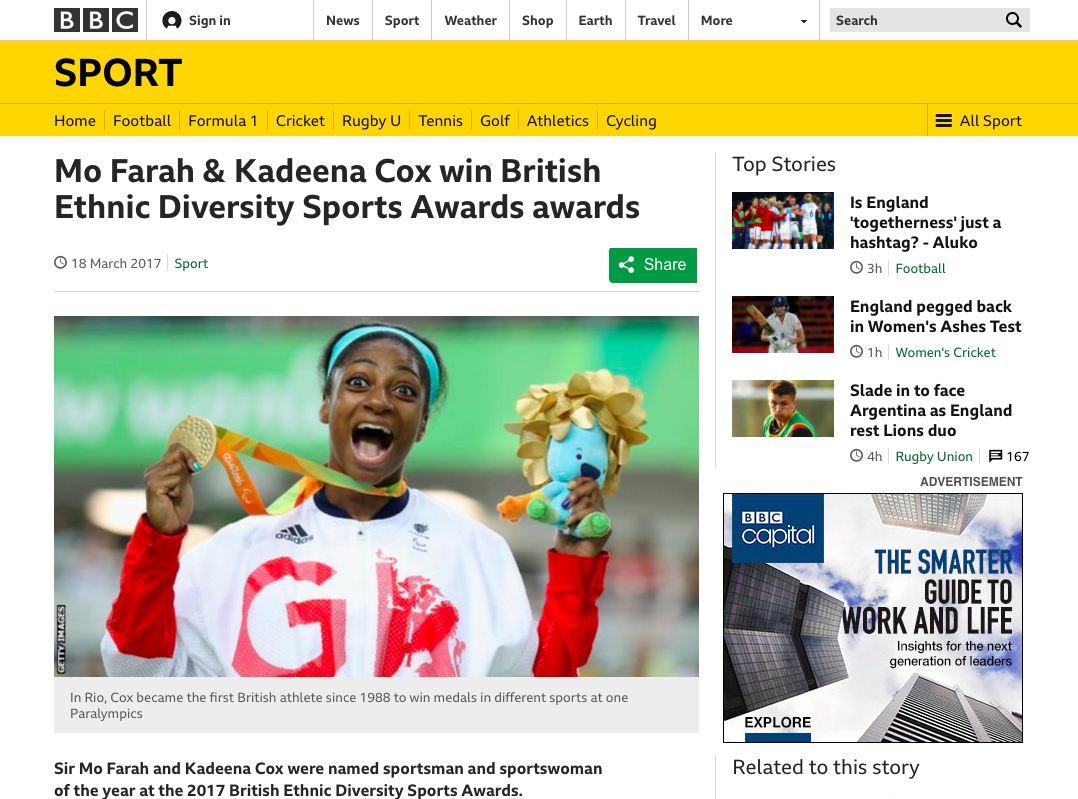 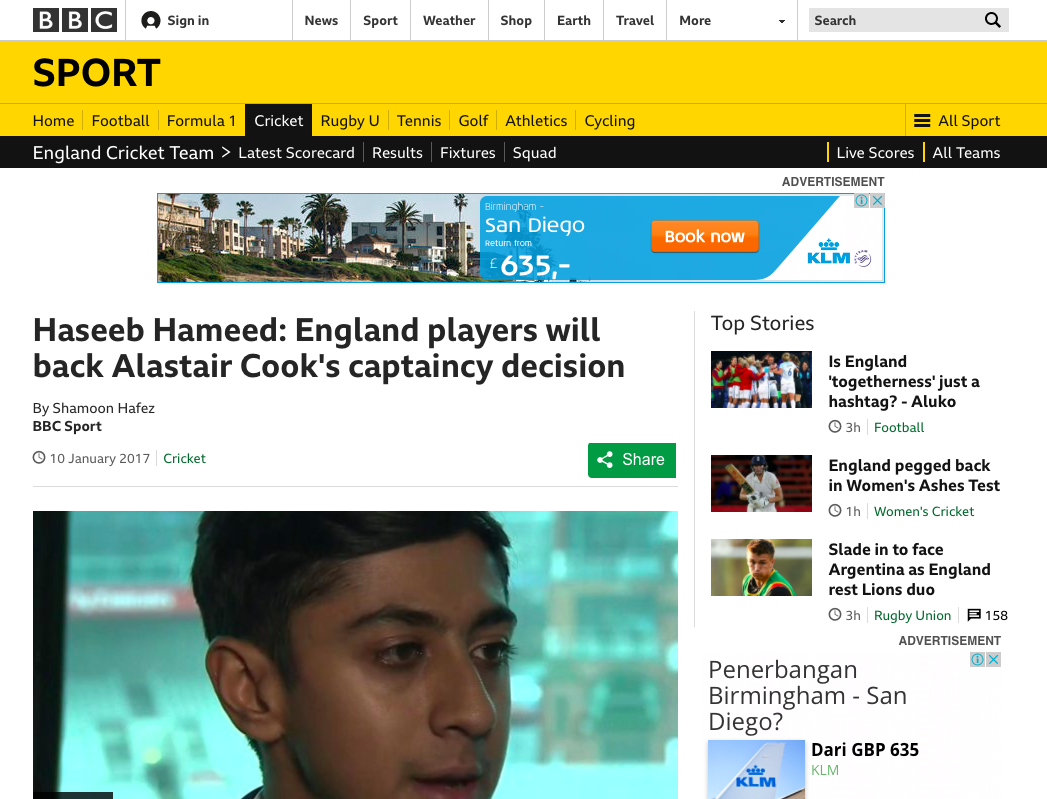 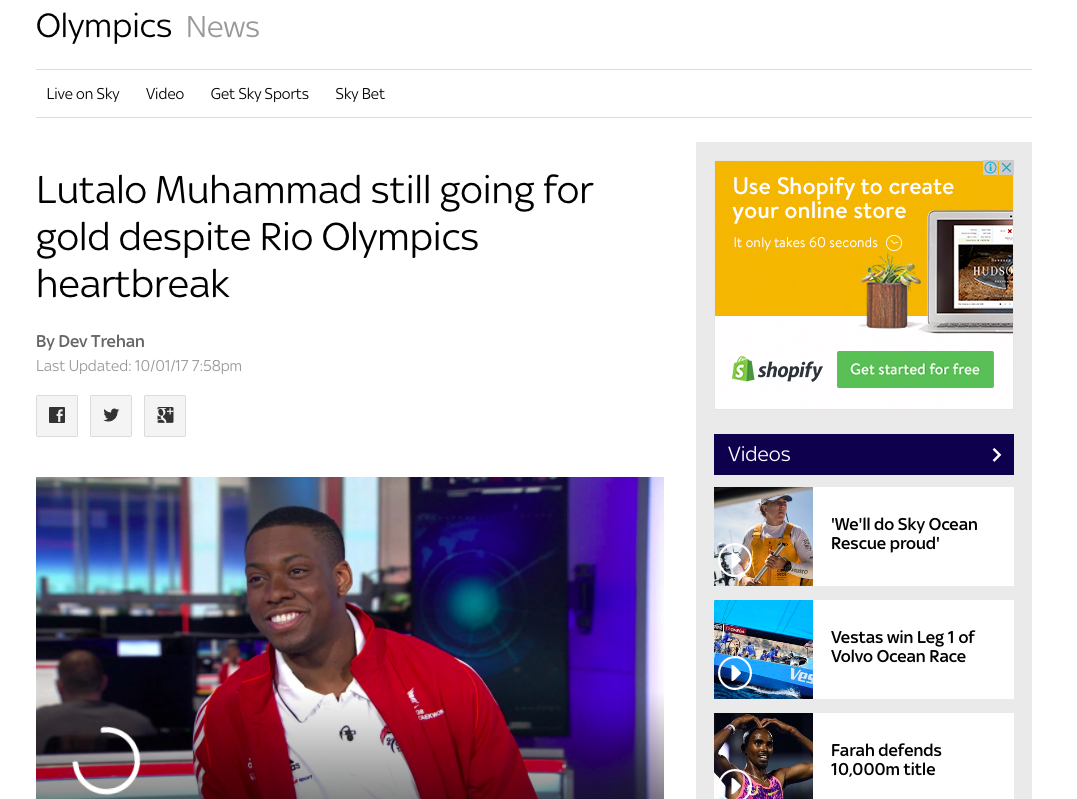 PR VALUE: £15,000, PR IMPRESSIONS: 2,000,000 "They are organised by Sporting Equals, whose chief executive Arun Kang said the purpose of the awards was to "celebrate diversity at both an elite and grassroots level"." 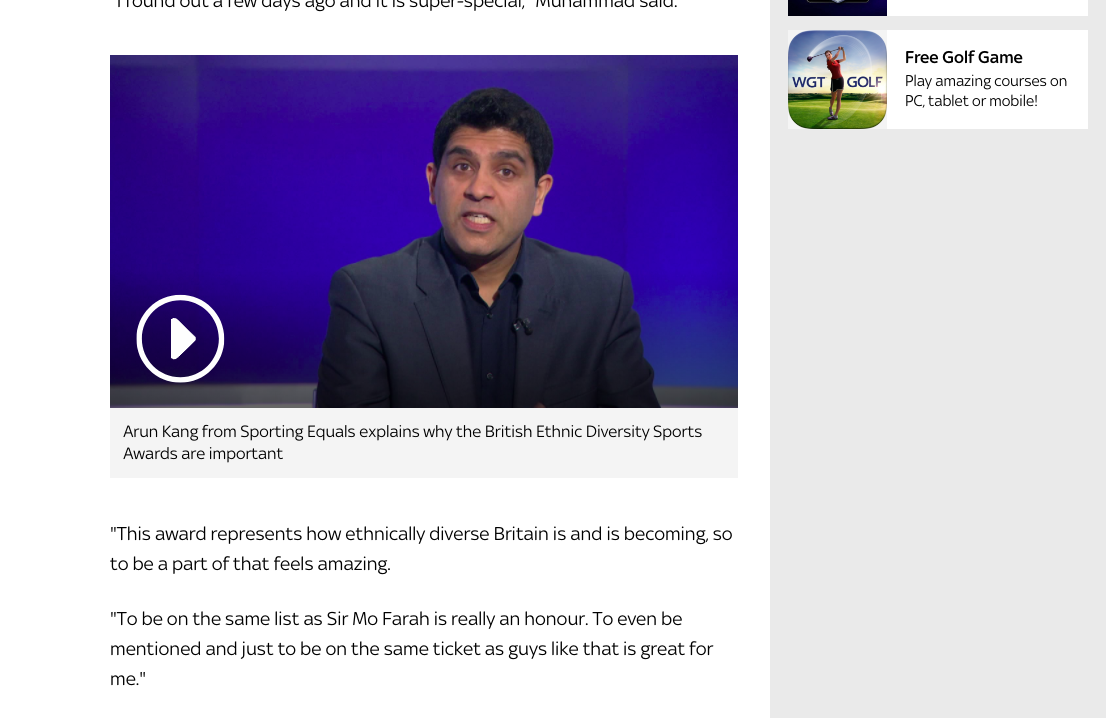 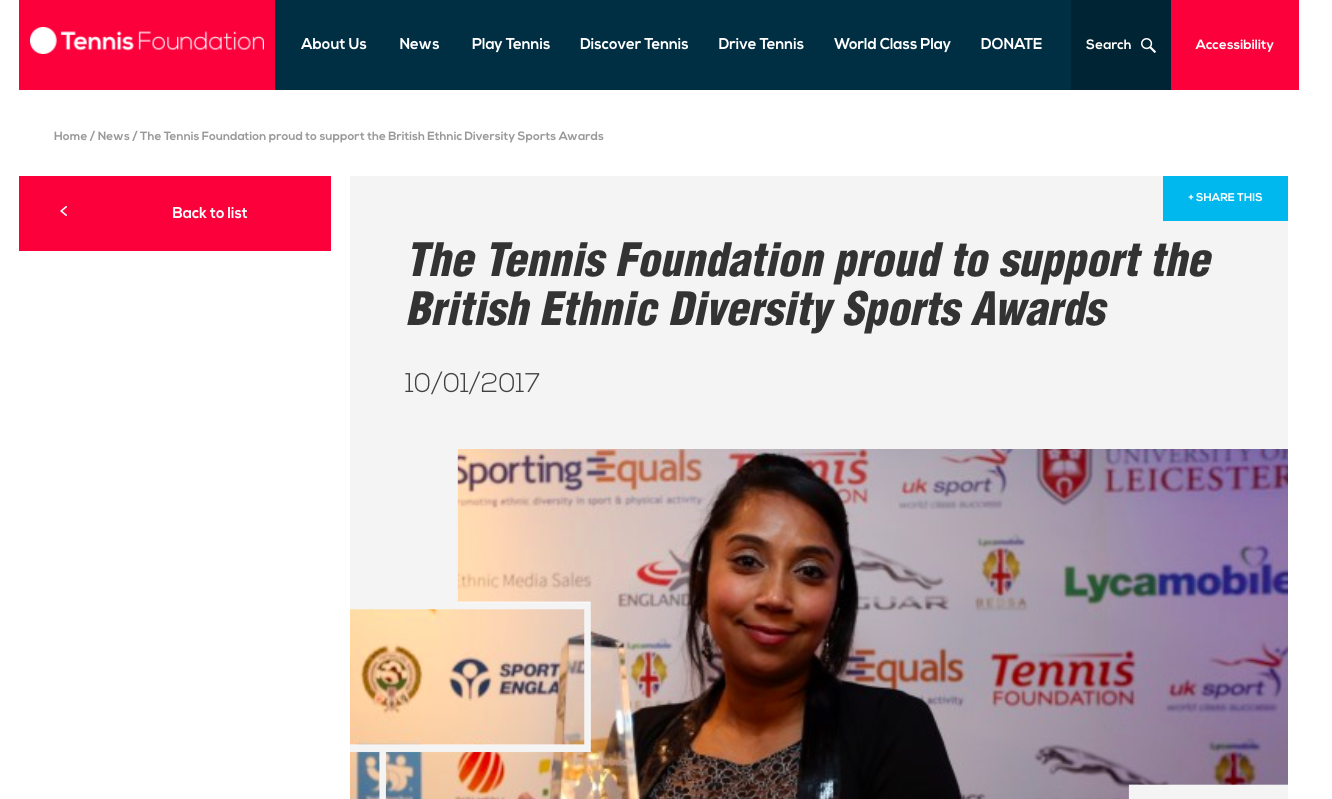 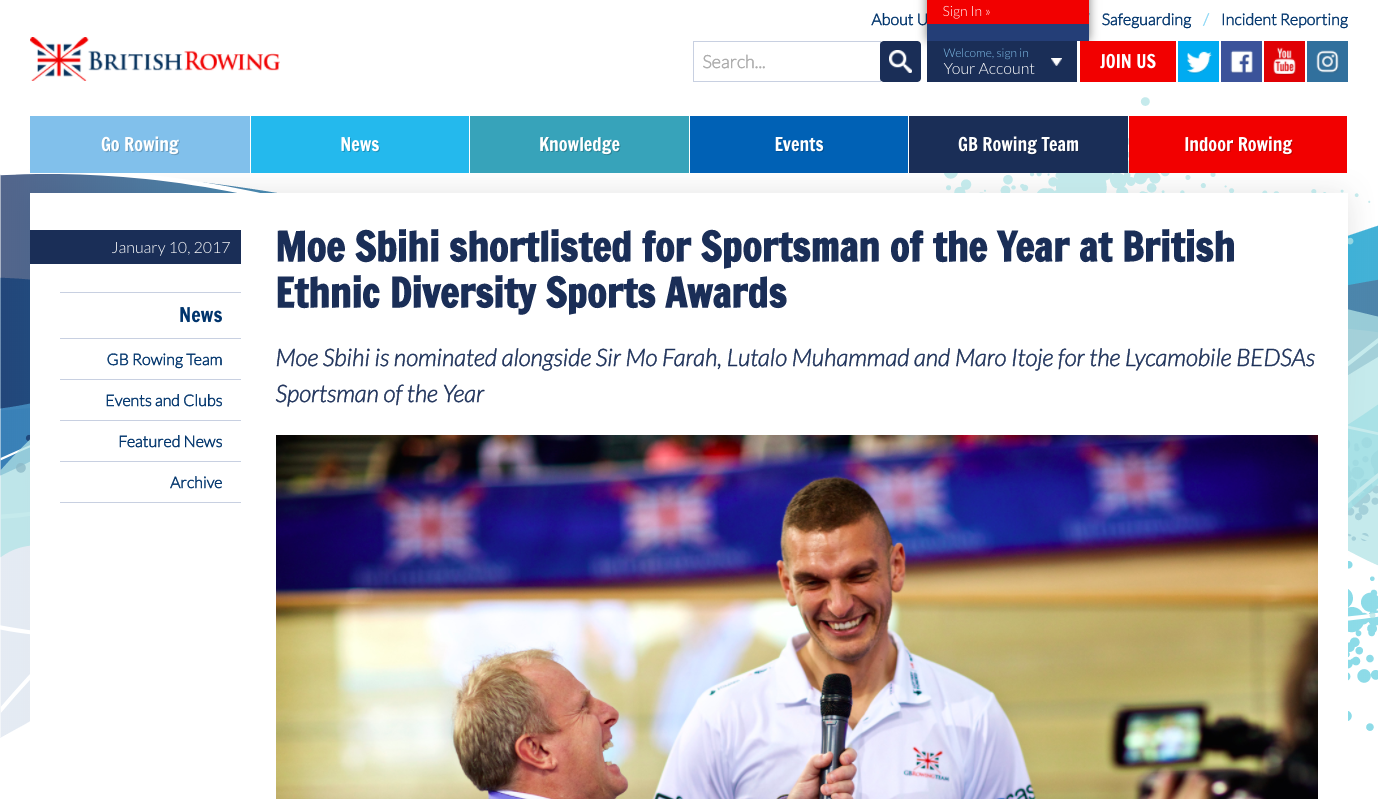 PR VALUE: £500, PR IMPRESSIONS: 50,750 "The success in 2016 of Moe Sbihi has been recognised by the British Ethnic Diversity Sports Awards, with the Olympic champion nominated for Sportsman of the Year." 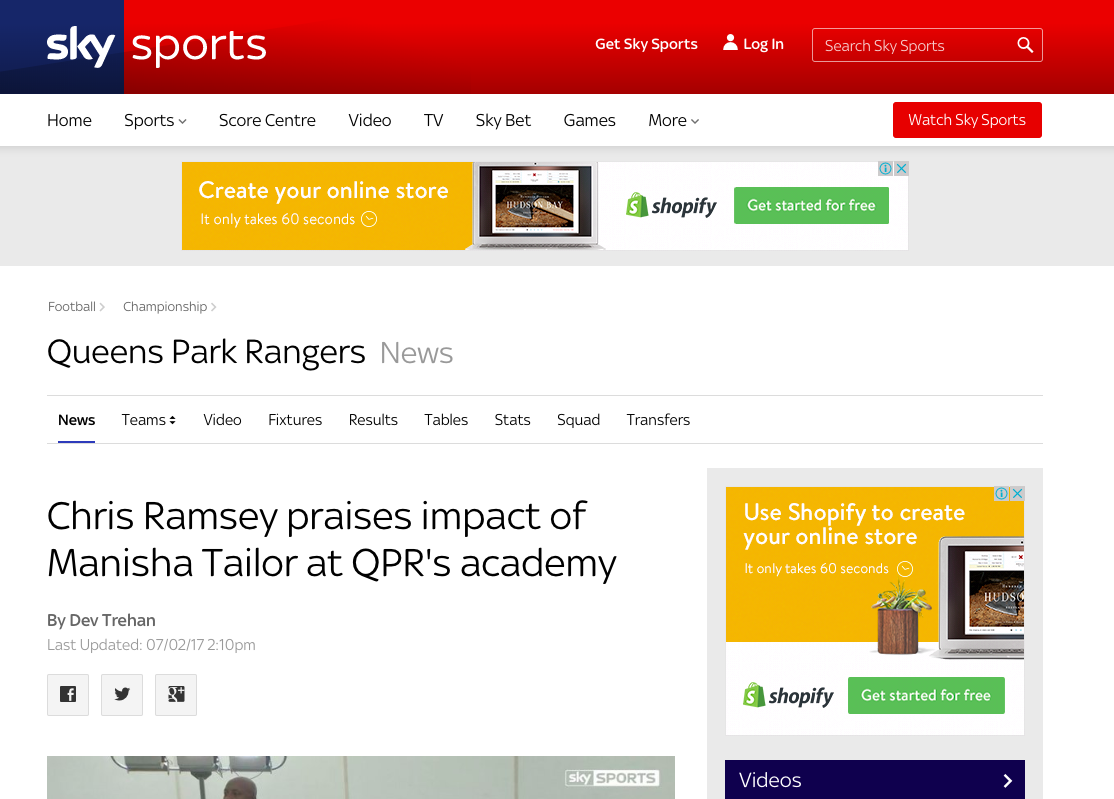 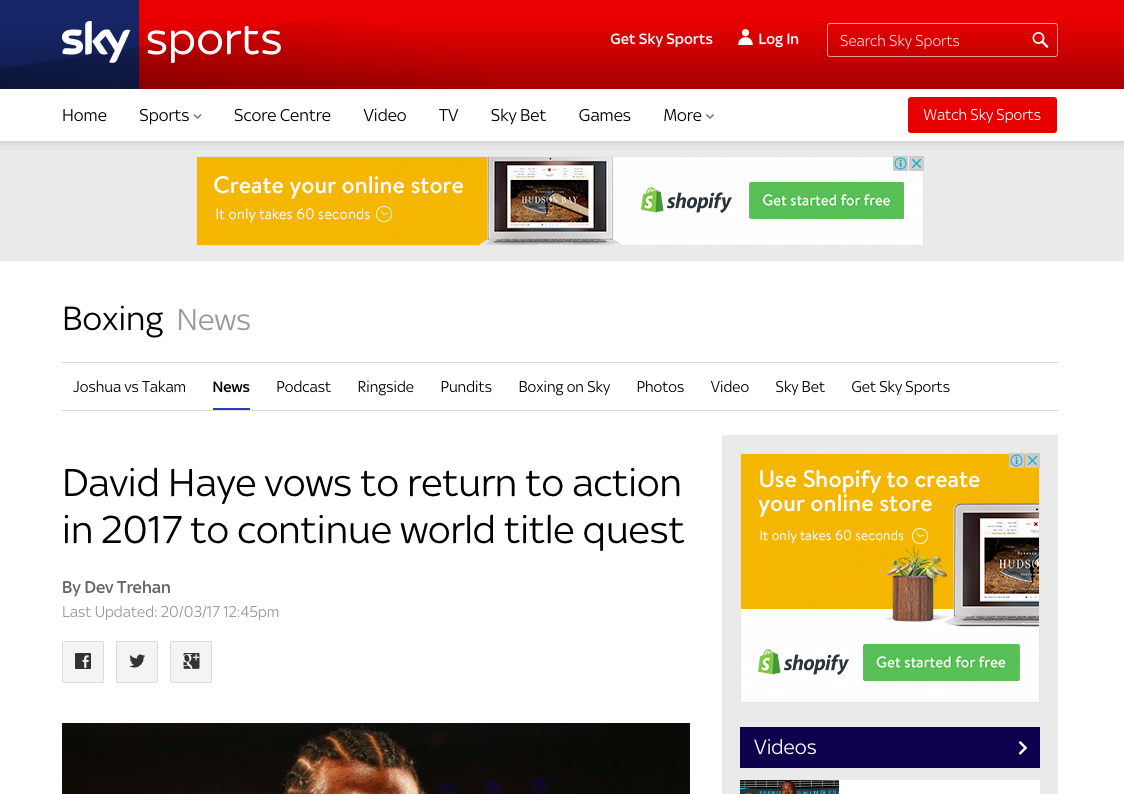 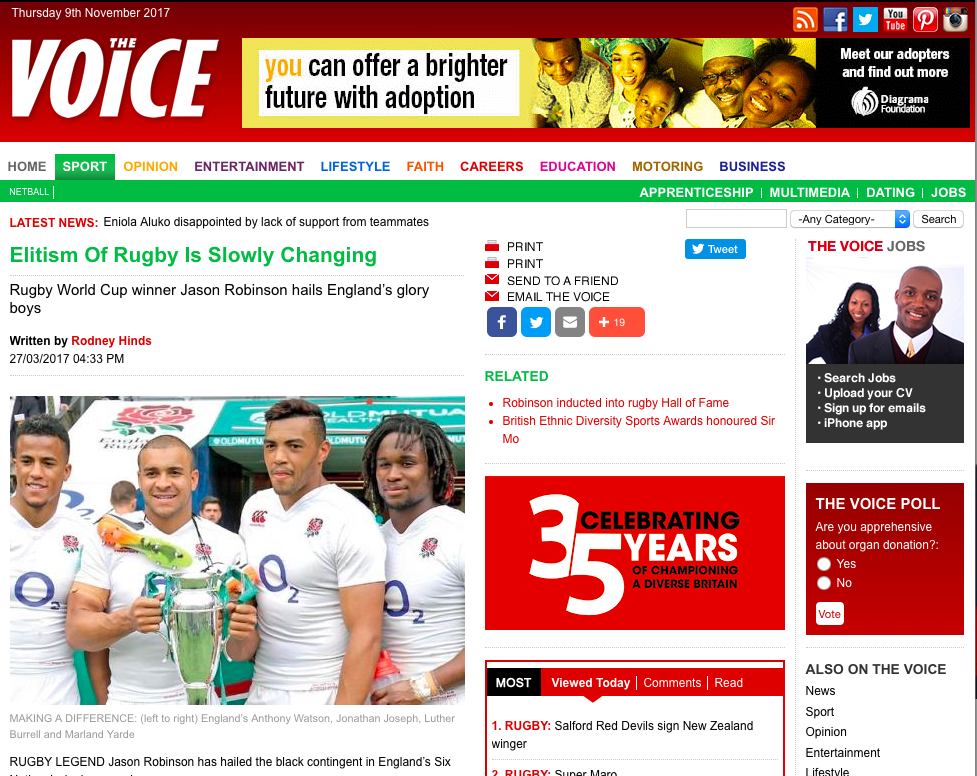 PR VALUE: £15,000, PR IMPRESSIONS: 2,000,000 "Boxing is a tough way to earn a living but some of us are born for this and I believe I am," Haye told Sky Sports during an appearance at the Lycamobile British Ethnic Diversity Sports Awards [BEDSAs]."

This report was lovingly created by Ace Social Media Agency